Hampton Inn Orange City recently received the 2019 Conrad Achievement Award, an award given to the top five percent of over 3,000 individual Hampton, Hilton Garden Inn and Tru hotels in the United States. 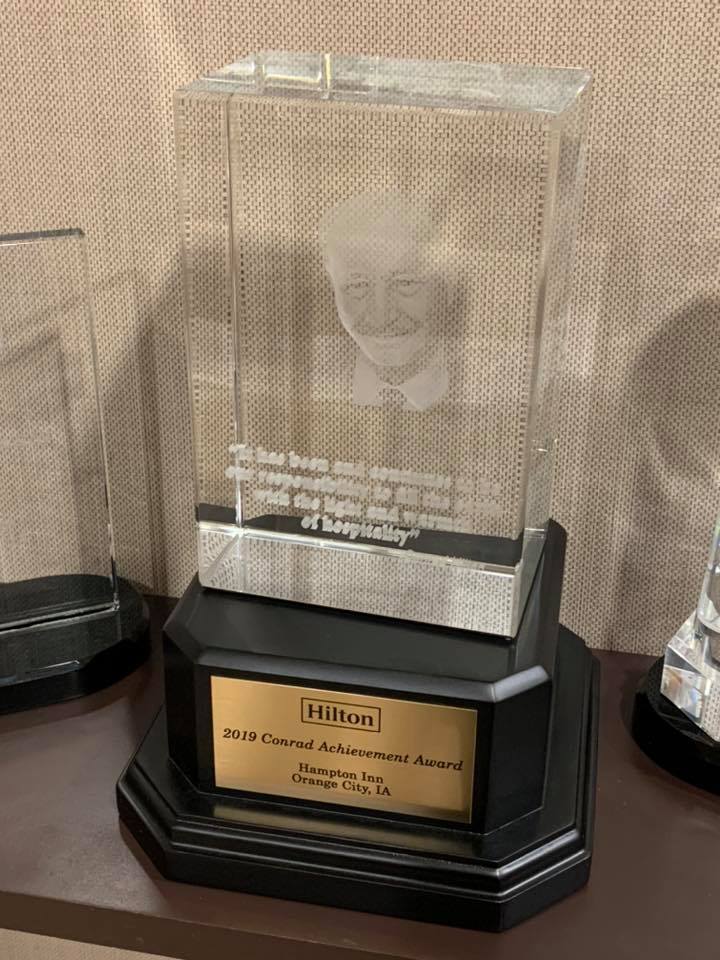 Brock Jensen, General Manager of Hampton Inn Orange City, explains that the award is based on a Total Quality Score (TQS). Seventy-five percent of the TQS is based directly on guest satisfaction surveys, while the other 25 percent comes from a quality assurance inspection. Hilton sends out quarterly rankings so hotels can track progress throughout the year.

“Here at Hampton Inn Orange City we strive to create an exceptional experience by bringing friendly, authentic, caring and thoughtful hospitality to life for our team members, guests and the community,” Jensen shares.

This past year, Hilton changed the names of the awards. The Conrad Achievement Award is named after Conrad Hilton, the founder of Hilton.

Hampton Inn Orange City has consistently been recognized with brand awards since it was first eligible in 2015.

“While this award has a new name this year, it continues the tradition of the last three years in that we have been in the top five percent of the Hampton Inn brand,” Jensen says.