Vision begins here and we want you to be a part of it. Our leadership and leading programs will showcase their updates and how they are working to make Orange City more beneficial to all. Come see how working together can solve problems, create new opportunities, and inspire others to do the same.
Greetings from the Mayor followed by updates from:

Revival Animal Health will celebrate its 30th anniversary with a community event called Petsmas in July on July 27, 2019. The day will include a host of pet-and family-friendly activities beginning at 2:00 pm at Revival Animal Health’s headquarters.

This year’s concert will include seven dances in numerous styles, including contemporary ballet, hip-hop, step, musical theatre and tap. Ninety students—both with and without prior dancing experience—are participating in the show. Each dance is choreographed by student leaders. All Northwestern students are able to audition for RUSH, and every student who auditions gets placed in a dance.

Tickets for RUSH are $1, with all proceeds going to next year’s production of the concert. RUSH ticket requests must be made via email at boxoffice@nwciowa.edu. Tickets will go on sale for Northwestern Theatre Patrons on Tuesday, Feb. 12, and for the general public on Wednesday, Feb. 13, at 4 p.m.

Teams will consist of two players, age 21 or older. The Bags League season runs from Tuesday, Feburary 12 – Tuesday, March 19. Teams will play every Tuesday night at 6:00 p.m. at the Landsmeer clubhouse.

Northwestern College’s 24-member Heritage Singers chamber choir will perform “A Night at the Opera” on Friday and Saturday, Jan. 25 and 26, at 7:30 p.m. in the England Proscenium Theatre of the DeWitt Theatre Arts Center.

Admission is free, but tickets are required and should be reserved with Nora Verburg at the music office, 712-707-7062. Order tickets early to obtain the best seats.

The hourlong comedy opens with the death of a wealthy landowner whose relatives have gathered in anticipation of their inheritance, only to learn that all the money has been willed to a local charity.

“The bulk of the opera tells of the relatives’ scheming attempts to change the will to their own advantage,” says Dr. Thomas Holm, professor of music and director of the Heritage Singers. “Themes of love, greed, hypocrisy, deception and justice intersect as the story unfolds, calling on the audience to embrace the idea that ‘the end justifies the means.’”

Holm says there’s much humor in the satirical comedic opera as the flaws of humanity are depicted in an exaggerated way. “The audience can both identify with and be repulsed by the characters. It’s an engaging story that portrays human character traits we can all relate to,” he says.

April Hubbard, instructor in theatre, is directing the opera.

“Striped Sounds,” an art exhibit by Shannon Sargent of Sioux City, will be on display in Northwestern College’s Te Paske Gallery Jan. 8 through Feb. 15. A public reception with the artist is scheduled for Friday, Jan. 11, at 7 p.m.

Sargent’s show is an interactive installation of mixed media containing manipulated materials such as paintings, sculptures and found objects.

Sargent is the exhibitions/collections coordinator for the Sioux City Art Center, where he maintains the permanent collection and installs the exhibitions. He also serves as an adjunct professor and curator at Morningside College, teaching sculpture and managing the galleries. He graduated from Morningside with a bachelor’s degree in art and then earned a Master of Fine Arts degree in painting from the University of South Dakota.

Sargent produces and shows his work in the region. His art is part of collections in six states, and he is a frequent juror for art exhibits and a former artist-in-residence for both the Sioux City Art Center and the University of Texas Permian Basin.

Northwestern’s Te Paske Gallery is located in the Thea G. Korver Visual Arts Center, on Highway 10 at 214 8th Street SW in Orange City. Gallery hours are 8 a.m. to 7 p.m. Monday through Saturday and 1 to 7 p.m. Sunday. 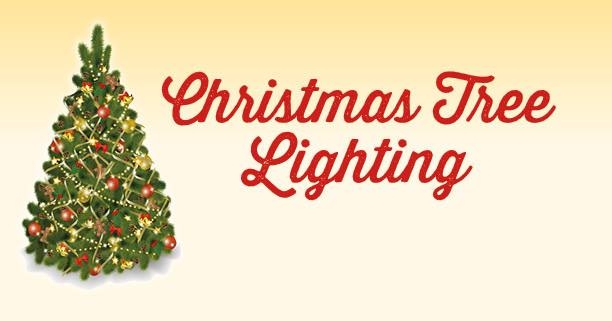 Join the Orange City Chamber merchants for decorating and lighting of the downtown Christmas tree on Thursday, Dec 6th. 4:30 to 6:00 pm. Decorating the tree will start at 4:30 p.m., and attendees are encouraged to bring decor to add to the tree. The tree will be lit at 5:30 p.m. for the Christmas season. Join in the fun at Stadscentrum with cider, hot chocolate, and treats!
https://vibrant.orangecityiowa.com/wp-content/uploads/2018/12/ocvibe-christmas-tree-lighting.jpg 321 612 Vibrant Orange City https://vibrant.orangecityiowa.com/wp-content/uploads/2018/05/vibrant-logo-whitescale-680x220.png Vibrant Orange City2018-12-03 16:48:032018-12-03 16:48:03Chamber Merchants Christmas Tree Lighting Ceremony 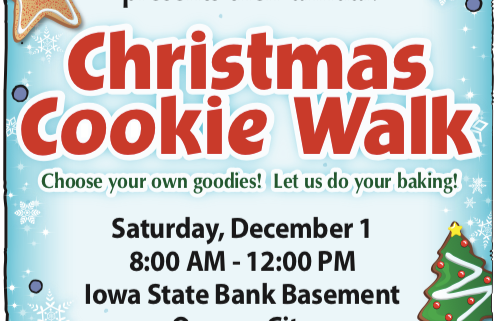 The Orange City Christian School’s annual Christmas Cookie Walk will be held Saturday, December 1 from 8:00 a.m. to 12:00 p.m. in the Iowa State Bank basement meeting room. Participants are encouraged to bring their own container. Enjoy selecting cookies and baked goods from a variety of homemade treats.

The Orange City Public Library will be hosting a Las Posadas celebration on Saturday, December 8, starting at 10:00am. The Las Posadas event will adapt the traditional 9-night celebration into one event. Participants will knock at the doors of various stations around the library, singing the Las Posadas song. The final station will have activities, as well as a food and drink, typically associated with Las Posadas.