The Sioux County Historical Society and Dutch Heritage Center recently announced a name change for the organization. The new name, the Dutch American Heritage Museum, provides better focus and vision for the future according to the volunteer-based museum board. 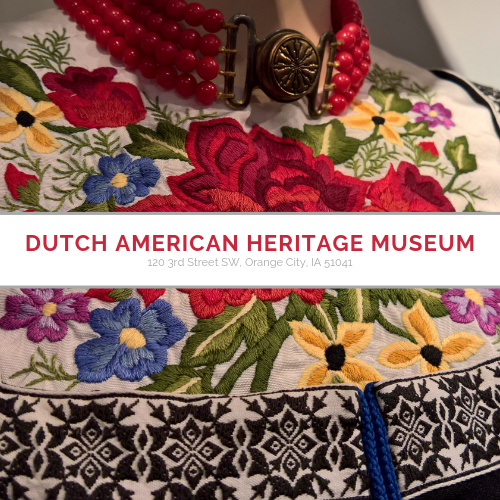 With the new name, the mission of the Dutch American Heritage Museum remains the same: to preserve and celebrate the rich story of Northwest Iowa’s Dutch immigrant history and culture. 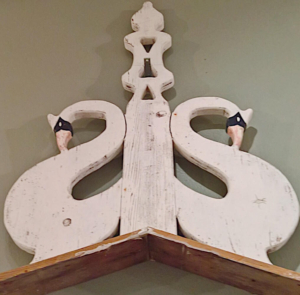 A Frisian Barn Ornament (Ulebourden) is shown from the museum’s collection. These barn ornaments are a unique representation of Friesland.

In addition to preservation, the board believes in educating the community on local history and culture. Volunteers continue to host hundreds of regional elementary school children, high school and college-aged guests each year for tours, in addition to their summer and fall Nights at the Museum programming.

The Sioux County Historical Society was founded in 1969.  Mrs. Neal Spaan offered the use of her building on Albany Avenue to the Society, and then in 1972 Jennie Lubbers’ home was purchased and made into the museum. The nation’s bicentennial played a significant part in cementing the society’s role in the community—the Society’s Board was instrumental in helping to organize and promote the celebration. The society was also very involved in supporting Nelson Niewenhuis’ (Society Board Chair and Board member for many years) research, writing, production and distribution of his history of Siouxland: A History of Sioux County. 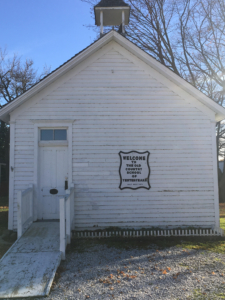 The old country school sits on the grounds next to the museum in Orange City.

Over the years, the board continued to expand the museum’s collection and in 1992 bought the Orange Motor company site where the museum now resides. The schoolhouse, a part of the collection since the inception of the museum, was moved to the new site shortly after the acquisition.

Those who have served since the museum began in 1969 had a great vision for the historical collection and are pleased to be able to share it with our community. The museum continues to receive gifts to the collection and has become a recognized repository for Dutch immigrant history. Just this year the museum received an original Frisian wedding dress, hat, gloves and Bible from a family in California looking for a place to gift and display their grandmother’s heirlooms.

Those working at the Dutch American Heritage Museum continue to find treasures within the current collection. Last year, original journals and poems by one of Orange City/Sioux County founders, Jelle Pelmulder, were discovered. Through relationships developed in our community and the Netherlands, volunteers were able to have some poems and journals translated into English. One of the poems translated gives a glimpse into the difficulty the early settlers faced with the onslaught of grasshoppers. In his poem, Uncle Jelle (as he was called in the community) thoughtfully expresses the devastation the grasshoppers brought to the region.